Each season I hear the familiar phrase ‘leave it to mother nature’, well intended in its delivery.  I hear it from one or more people not convinced that curlew interventions are necessary.  I am always taken aback, unknowing how to respond quickly on the detail of the huge subject of biodiversity that occupies many minds holding conflicting views.  Some chicks are better than none, might be a gruff repost, but I can now direct them to the detail of the matter.  On a day off I have managed to listen to James Rebanks’ recent book English Pastoral. As with his first book The Shepherds Life, I cannot recommend it highly enough especially to those interested in the struggle to keep small farms thriving so that our landscapes and the nature within it can also thrive. 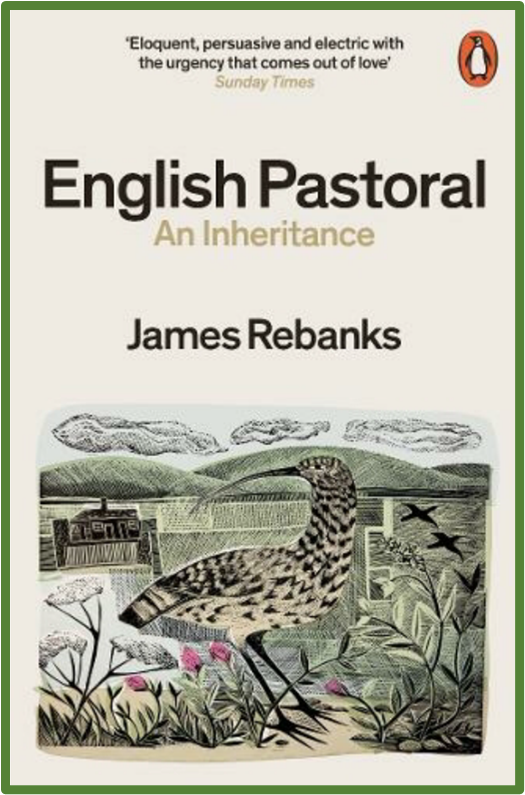 Curlew Country works in partnership with farming and land managing partners. They are the people who can deliver the most for curlew recovery and its associated wider environmental benefits in a farmed landscape. Curlew Country has recognised this since it started in 2014. Sheep and beef farms prevalent locally have less scope for flexibility in their businesses, confined by the capacity of soil depth to deliver much else than grass. Many had maintained traditional practices that had lasted for centuries with small adaptations until after World War II.  We have been compliant in the demand for cheap food, manipulated by big business in a manner which has produced diminishing returns to the farmer who produces the food we eat. Farming practices which aligned with, if not left it to, ‘mother nature’ have been abandoned in pursuit of survival of farm livelihoods. As evidence of loss of species and habitat became clear, farmers were often blamed by consumers complicit in the intensification of their farming systems.

Left to nature without human intervention our landscape would look unlike anything we recognise. It would take millennia for the animals missing from our post ice age ecosystems to return without re-introduction, change would truly be slow and incremental.  Would humans thrive or desire to exist without intervention? Wilding, the topical method of withdrawing many interventions related to intensive food production, exists as islands within boundaries long established by humans, necessitating management within those un-natural limits.  It is welcomed by many, but not by all.  In our landscape, people are more usually nostalgic for the less intensively managed land that they remember from their youth, this is inevitably more prevalent in older members of the community who have witnessed more change.

‘Nothing has really changed’ is another phrase I hear regularly.  This is not willful denial, it is more like watching a child grow and develop, we are so close to it all that we do not see the changes, especially the subtle cumulative changes. Within a lifetime change, although fast paced when compared to the change experienced by previous generations, has often happened un-acknowledged.  Talking to people about changes to property or landscape often reveals a schedule of development, including building, dismantling, drainage, cultivating uncultivated areas, controlling watercourses, higher stocking on farmland, greater reliance on synthetic fertiliser or pesticides in both gardens and farmland and the list rolls on.  All of these have interfered with the balance of Mother Nature.

So much of what has been lost is unseen.  Our landscape may still look beautiful, but we have become unaware of the fundamental role of our precious resources such as soil, as it is for the most part out of sight.  The many small elements that support larger creatures which we can see more readily often go unnoticed.  It is not until those larger creatures to which we become attached become vulnerable and start disappearing from our view that we realise that there is a problem.

In Wales modelling suggests that if we leave curlews to Mother Nature they will be lost by 2033.  Whilst this modelling has not been similarly undertaken elsewhere, Curlew Country’s monitoring and research revealed that without interventions no chicks survived from over 30 nests in 2015 and 2016.  We have tested what is needed for natural nest success to recover our curlew population. This is not yet about sustainability, it is about saving yet another species from dying out, in our case Curlews.  What is needed – farmer support for crop sacrifice and protection from predation – is not adequately provided for in current agri-environment schemes.  Changes for the benefit of vulnerable species though urgently required, if implemented through agri-environment, will not be put in place until 2024 at the earliest.

In this desperate situation for Curlew a more radical intervention has been necessary – headstarting; the taking of eggs from wild nests, incubating them, rearing chicks and returning them to their natural landscape when fully fledged, so that they can also return to breed to save their species.

This is not a solution to long-term problems, but over 30 chicks or even one being nurtured, released and returning successfully is better than no chicks surviving.

We may have to help nature with appropriate management if we are to continue food production, but perpetually re-introducing species to fail is not a conscionable long-term option.  In the short-term however, it is the option which is keeping our local significant population of Curlews from descent to extinction, and which could be similarly useful to bolster numbers of this species in other places.

To learn more about our pioneering Curlew Recovery work since 2014 press here.

To learn more about our headstarting press here.