Many Curlew pairs return to the same territory to nest in year after year.  Some nest in the same spot, others choosing a new site each year, often on a different farm to the one on which they nested in previous years.  The height of the vegetation and lack of disturbance would seem to be the factors which determine choice of site in which the nest is formed.

The male spins on his breast to form a nest cup for the female to approve, he may make several attempts at this.  The nest is just this indentation, but whilst laying and incubating eggs the adults pull grass and throw it, often over their shoulders, possibly to help disguise the nest area.  Over time the incubating bird pulls this grass in to make an outer ring to the nest. 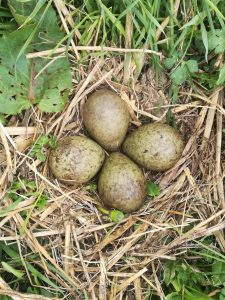 Eggs are laid over a period of days, often a day apart and sometimes the last egg or eggs can be laid further apart.  They are a similar size to a duck egg and in our area vary from khaki green to blue green with brown markings.  The colour and marking of eggs can vary in different parts of the country.  Our eggs can also vary in size and colour.

Many clutches are of four eggs, although some of three and two have been found.  We have had a nest with six eggs in it and believe that two females were laying in the same nest.  The eggs are arranged around a centre point to which the narrower end of the egg faces.

Typically, the Curlew lays four eggs.  They are arranged in a star shape as above with the narrower end facing toward the middle.

Both adults take turns in incubating the eggs.  They are hard to tell apart, but when there is a changeover where both birds can be seen at the nest, it is easier to see that the female is larger with a longer bill.  The bird not incubating is likely to be away from the nest, but within calling distance.  It will alert the incubating bird to potential dangers such as avian predators flying over and if you listen carefully, you may hear alarm calls from time to time.

In the Curlew Country area birds start returning from their winter roosts as early as February 14th. 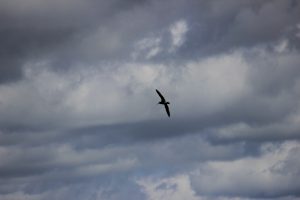 There is some evidence from sightings reported that some birds travel between migratory roosts or even the coast before settling in their usual territories. Winter roosts are wet areas including shorelines, estuaries and inland wet areas where Curlews can probe their long bills to find soil borne invertebrates.  Curlew Country birds travel to Cornwall, Wales, the Scilly Isles, Southern Ireland and France.  The male usually returns to its nesting territory first and is followed by the female some weeks later.

Curlews are considered to be territory faithful.  Many older rural dwellers recall decades past when they would have been in a meadow where ‘clouds of Curlews and Lapwings rose’ when disturbed, perhaps by a predator.  This suggests that historically their ‘territories were much smaller than they are today now their numbers have declined so dramatically.  Curlews are loosely territorial.  Current work led by Dr Rachel Taylor from the BTO in north Wales has found that Curlew territories are not robust.  Curlews will move in and out of territories of other pairs more than had been thought. 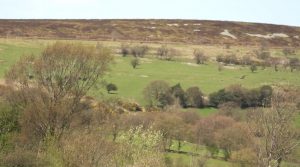 In the Curlew Country area, we have observed that Curlews do return to the same territories to breed, but they will use other territories as well especially for foraging.  We have found new pairs nesting in territories previously occupied by other birds and interestingly this year, we found one of our headstarted chicks in almost the exact spot in which another pair had nested regularly.  This pair then returned and the chick has not been subsequently spotted.

We have mentioned site fidelity before, but we do know that many of our pairs will nest in almost 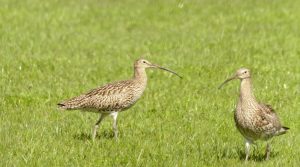 the same spot, certainly in the same field if the conditions suit them at the time of choosing a nest site.  Curlews are also thought to be partner faithful.  We have, through the colour ringing programme, observed several changes in partners.  Curlew Cam pair 1 in 2021 is such a pair.  The female was until two years before, known to be nesting on a dairy farm a few miles away.