We have been so fortunate to have Madeleine and Elspeth our two volunteer trainees working with us this season.  Headstarting work is testing and there have been further unwelcome ups and downs in the journey.  Both have done an amazing job and Madeleine has put in extra efforts to help during other staff absence, when she was able to do so.  Curlew Country Manager, Amanda Perkins 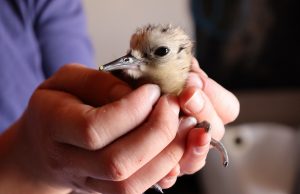 We are coming up to the end of the season, and very sadly the end of my time as a trainee here at Curlew Country. Now that half of the chicks are released and some of our team are able to return to many of their duties, things have calmed down a bit.  Back in the middle of the season things were super busy looking after all of our birds. As the eggs were originally coming in during several weeks it meant they were hatching over an extended period as well and there was one particularly crazy time midway through when there were eggs, very young and older chicks all needing different types of care.

The day would start at the chalet with checking on the incubators at 7:30-8:00 am. It was important to check them regularly to make sure they were working correctly and there were no chicks starting to try and break out. We would note down the settings (temperature, humidity etc.), top up water and give eggs a quick visual inspection through the lid.

After the incubator check we would head up to the stables to take care of the chicks. The littlest 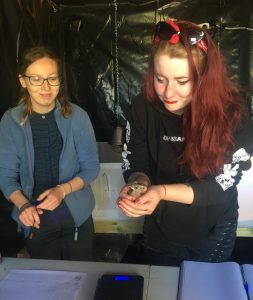 ones (who were around 6 days old and younger) were housed in brooders at the stables where they were kept warm under heat lamps. Helped by wonderful volunteers, we would weigh them to check if they were increasing in weight, do a quick visual health check, change out their bedding (normally pretty mucky by morning) and give them clean food and water. This (bar weighing) was then repeated with the older chicks outdoors, before we moved on to morning jobs at the pens. Poo picking, observing behaviour (to make sure they were healthy and developing normally), and expansion of the chicks runs as they grew and needed more space were daily jobs. Then there might be young chicks being moved outdoors into new houses and runs, sick birds to medicate or tasty crickets to provide as a fun live food snack. 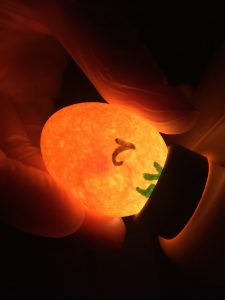 Once we were done at the pens it was back down to the chalet to weigh and candle remaining eggs. Eggs should lose weight as the chicks develop inside and they are also affected by the relative humidity controlling the rate of osmosis through the tiny pores in the shell. Weight loss should be at around 14-15%, so by weighing them daily we knew whether to move eggs around between incubators with higher or lower humidity to help keep this stable. Then there was my favourite part: candling! Using a bright light, we could get amazing glimpses inside the egg to check on the embryos development stage and make sure nothing was looking wrong, like a kind of ultrasound for curlew babies. The beam would light up the most incredible veins, and sometimes you could even make out an eye or movement inside the egg.

After this it was back up to the stables and pens to check the chicks and feed and water them at 12:00, another egg check at around 14:30, another chick check at 16:00 and eggs again at 18:00. The last chick check of the night was at 21:00, when we would repeat the process of cleaning done in the morning and the last incubator check would be when we got back, normally around 21:30-22:00.

In between looking after the chicks and eggs there was normally plenty of other work to be done. 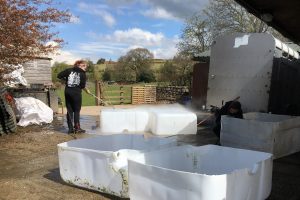 Whether it was office type work (going through camera trap footage, creating quizzes, updating social media, typing up records etc.) or going on quests into Shrewsbury to purchase (sometimes quite unusual) supplies such as building materials, cleaning products, chick bedding, or even earthworms! There might also have been sick chicks to care for, sand to plaster over grass in our war to try and stop them eating it, or wild birds to look out for. And on top of all of this, there were, of course, chicks hatching out at any possible hour of the day or night.  Once they hatched it was important to ‘process’ them and move them into the dryer (a warm, snuggly box) so they could safely dry out their soggy fluff and didn’t get mixed up with other chicks that might impenitently break out.  We would health check and weigh them, put some antiseptic on their delicate umbilicus’s and mark them with a unique colour ring so we knew who was who. Chicks could (and would) hatch at any time and there was more than one occasion when we were up repeatedly in the small hours to deal with a scraggly new one, freshly hatched.

Things were crazy busy, and very sad at times as we had sick chicks and lost some too. But it was definitely worth it, with many wonderful moments mixed in. To see them now looking like perfect little curlew and knowing that half are already out in the wild living natural lives and boosting the precious Shropshire population is a truly incredible feeling. 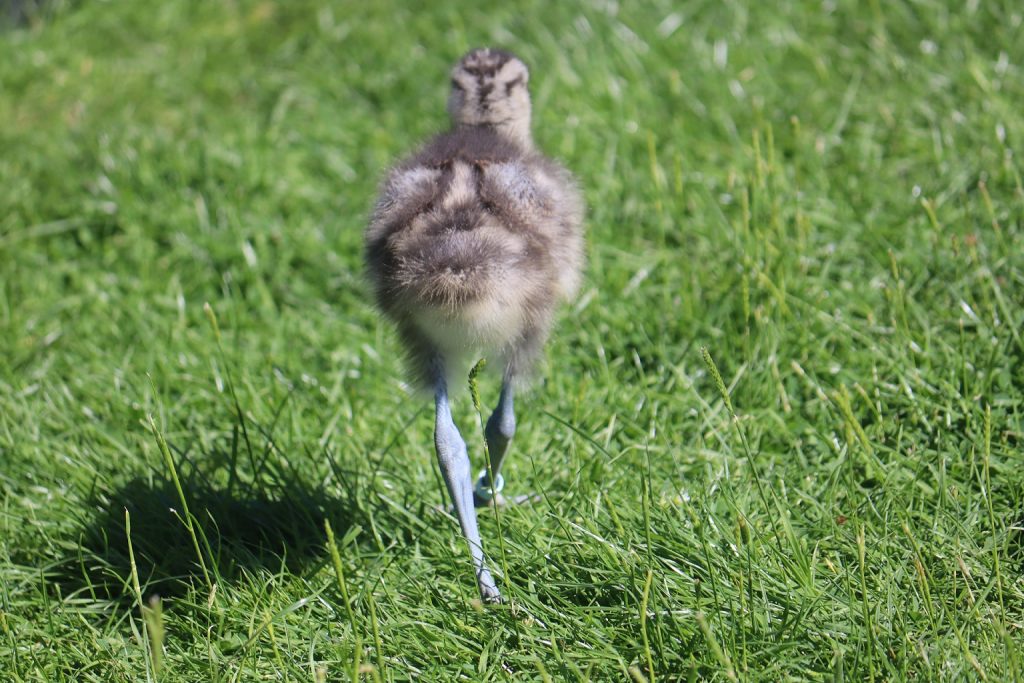 2 thoughts on “Keeping ahead of the headstarting – Curlew Country Blog by Volunteer Headstarting Trainee, Madeleine Powell”