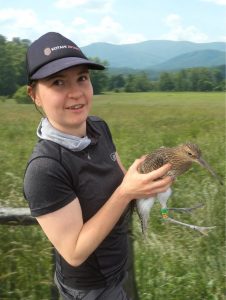 On Sunday whilst ‘normal people’ cheered the Lionesses on to their historic victory, Ornithologist Tony, Assistant aviculturist Katie, Trainees Jake & Becca and I released 11 chicks at a Welsh estuary bathed in late evening sunshine.  The sounds of other Curlews could be heard feeding and squabbling in the near distance and most of our birds set off immediately in that direction.  And no, no not one tear was shed – honestly, when Tiny Tim flew strongly to join his new friends.

We had made what seemed to be Release Plan F or G or H, I’ve lost count, just the evening before. Circumstances had reduced us to many changes of decision even in 24 hours.  The calm pattern of releases we had become used to tweaking to suit chicks in previous years, was thrown into chaos this year.  The extreme weather affected the first chick release, but the eventual happening on site was perfect and beautifully captured in the small film that trainee Becca put together (click here to view)

Our younger chicks, all in the second pen, were being observed closely by the headstarting team to 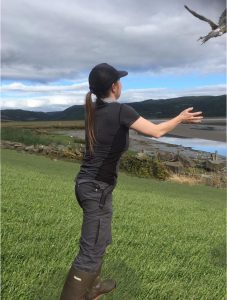 see if they were flying strongly and ready to venture into the wider world.  We had been concerned about the dry weather around the time of the first release which then continued and worsened the chicks’ chances of foraging in the soil.  The sightings of an avian predator eyeing our chicks unleashed the need for more dramatic decisions in respect of our second pen release plans.

On Monday the whole team were able to re-unite and accompanied by Curlew Country board chair Andrew, released the remaining 6 chicks at another known migratory roost site for Curlew, Dolydd Hafren.  One show-off enchanted us with the number of circuits it flew once its hitherto limited flying skills could be demonstrated to such good effect. 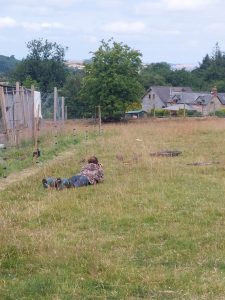 We have reared and released 35 chicks this season and in total we have now released 129 altogether over the years.  This was a cause for celebration, but toasts to farewells were also necessary.  A local supporter who managed to make it, following our last-minute invitation, to see our chicks before we released them on Sunday, said farewell to members of the team who ‘are fledging as well’.

It all seemed so stark when I arrived at the office on the next grey windy morning. Empty pens and no cheery waves from trainees Jake and Becca travelling back and forth from the chalet base to the pens.  Instead, JP and I waved them goodbye at around midday.  They have been a breath of fresh air, brought good skills with them and their youthful energy has rubbed off on the rest of us.  They have also been fun to have around.  Amber had left at midday on Friday to get some well-earned rest before she starts her exciting new job although she will be back to help finish some key tasks.  She kindly kept her commitment to lead the headstarting for us when offered her new post and we are grateful to her for that and for all that she has done for Curlew Country.  We are proud of the progress she has made from Apprentice to accomplished Lead headstarter and wish her well in her exciting new role.  Katie is also moving on.  Her expertise has been invaluable when making decisions about chick welfare in circumstances that are new to us, she is still with us for a while – thank goodness. 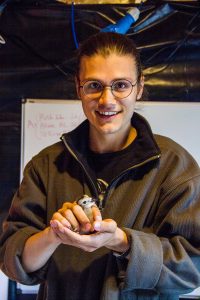 Over the year we saw old and new faces. Madeleine one of last year’s trainees returned and helped for a day or two.  This year’s crop of chicks less tolerant of unfamiliar faces allowed her to join the team as though she had always been a calm, re-assuring presence they had long known. Old friend Rosie, whom we met when WWT partnered us in 2019 made her annual visit to help us during her holidays and at our busiest time, fitting into the team like a glove and boosting morale with her calm experience and mischievous observations.  Lock-down changed Rosie’s plans and we feel privileged to have such a special regular volunteer.  New volunteer Steph was a welcome professional positive force, also giving up precious holiday time to help with the headstarting and regaling us with tales of Hebridean life (which some of us are jealous of) and then with lots of lovely treats.  Then there is the fantastic team of local volunteers turning out regularly to help with the unglamorous jobs relentlessly needed when caring for animals. 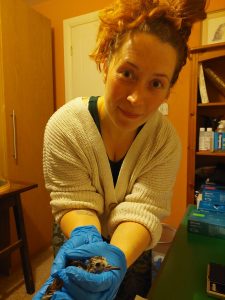 We appreciate our good fortune.  A fantastic, comparatively small, team giving their ‘best’ for Curlew with a good mix of cheer and determination and getting good results.  We are so grateful to our amazing farming, land managing and local community support and generous volunteers and funders.   The inevitable sadness at farewells is outshone by the gladness of knowing that 129 chicks fully fledged and returned to their landscape is dramatically better than no chicks surviving from nests we monitored in 2015 and 2016.

A heartfelt thank you to all for another great year.