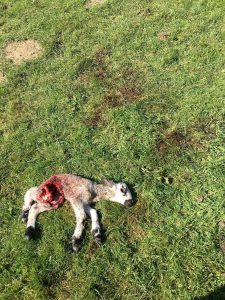 So, here we are again writing about week three of lambing time, in hindsight yet again! I will dive straight into a rant about crows! Evil, cruel, cunning crows that is. When Curlew Country’s Amanda Perkins asked me if we had had crow troubles so far in lambing, I think my answer must have jinxed us as later in the week I lost a beautiful baby lamb to the birds. The lamb was born from his Hogg mother at 10 am, (for those who do not know, a Hogg is a first time mother) and was a lovely, alert baby who was straight to his feet and had filled his little belly up with colostrum within half an hour of entering the world. When I went back out to do the rounds of checking the lambing fields at midday, the baby lamb had been mauled and pecked to death by crows and his poor mother was laying next to him. Now, to enter a field and find a baby lamb with his eye, stomach and bottom ripped apart on blood stained grass is absolutely awful when it had been witnessed that he was a bonny, bright baby, but to see his poor, young mother lay next to him was absolutely heart breaking.

I will give you another story which leads into week four of these accounts, but I will share it here 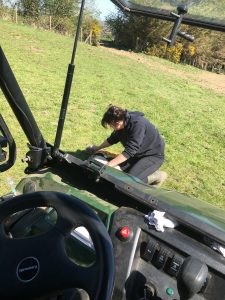 anyway whilst we’re on the topic of crows… in the same field that the hoggs lamb was killed, another lamb had his rear attacked by crows. Just by luck, we came across the lamb just in time. His bum had a wound the size of a ten pence piece where the crow had pecked at him and the flesh was severed whilst the poor little lamb lay bleeding. “That’s another one knackered” I angrily spat as we used the lamb to guide the ewe into a pen in the shed. Now, no matter how wrecked a lamb may be, it would be inhumane to just leave him to die, so we cleaned him up, gave him a portion of colostrum via a tube (even though he was a day old and had already had all of the colostrum from his mother), put him under the heat lamp to keep warm and injected him with a painkiller. Topping him up with warm milk several times through the day, we could see that this tough little cookie was raising his head and even bleating for his mother in a nearby pen. The following day, I put the baby back with his mother and she stood over him so he could reach up to suckle. Now, as we greet May, the baby and his mother are out in the field thankfully, and although this time it is a success story, what a horrible set back! 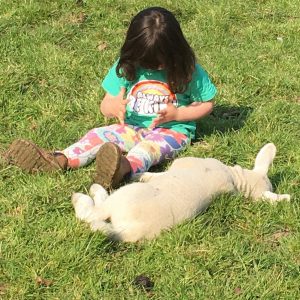 We also had our first experience of the year with regards to foxes! At this stage in lambing I drive around the ewes and lambs at least twice a day, just to make sure that the babies all have full stomachs, checking the outfits are all coupled up nicely and that nobody is mis-mothering and neglecting their lambs and to ensure all lambs are in the right fields, as they have huge tendencies to find their way through fences into neighbouring fields! So, in the evening, all lambs on a small field were full in a condition that I was happy with but sadly the following morning I found a lamb at the edge of the field with his face chewed off and his stomach torn. I’m not an expert on identifying what animal has killed another, but to my knowledge, I believe a chewed face is a key point to address the murder to a fox? 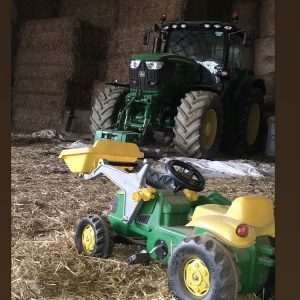 Those three little tales-of-woe, all happened on fields where the Curlew are NOT sighted luckily, probably because the land has been grazed so hard and there is no cover for the birds on these particular sites. A blessing in disguise for the waders by the sounds too! The Curlew here at home still seem to be mooching about in the same spots that they have for weeks now; each pair of birds seem to hop between two fields – I hope that this is a good indication that they are taking root and preparing their nest at one site and using the other field to feed from. The fields the Curlew seem to be making themselves at home on, are fairly easy for us to avoid with vehicles as we can see the sheep without driving too close. The sheep are also fairly spaced out on the acreage on those particular fields at the moment, which I hope will lower the chances of them disturbing the Curlews activity! 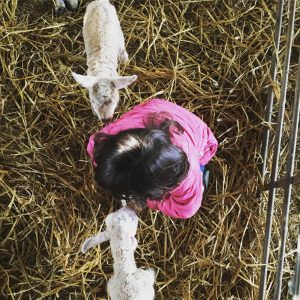 This week, we edged further away from lambing and into calving. The cows are out on a lovely dry hillside with some rings on silage, fresh air and spring water. In my opinion, these cows are the happiest, luckiest cows in Shropshire, especially whist the weather holds up for them! Their view is just stunning and they’re so undisturbed and peaceful; with the footpaths remaining super-quiet due to the lock-down period, the lambing and calving outdoors experience has been so relaxing for both livestock and us. In other years, we will get people knocking at the door and shouting around the buildings telling us that there is a new-born lamb that we need to go and see or roaming around with their dogs annoying the stock or children running around causing unnecessary disturbance. Just to verify, I am by no means at all ‘thanking’ the virus, but it has given the stock far less disturbance and vulnerability at this crucial time of the year! I promised myself that I wouldn’t mention the virus, so I will move swifty on from that!

Anyway, I must go now and crack on with some jobs as I am busy vaccinating lambs today. My 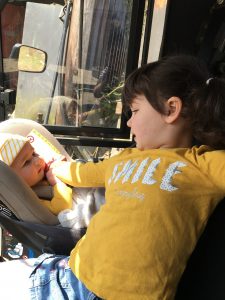 partner has returned to work now but I am very fortunate that my sister is around currently to help me preparing the sheep for the coming month. My sister is 9 years younger than me and although she doesn’t normally assist us on the farm, she has stepped up and been a little god-send this past week and it doesn’t go unappreciated. In the next blogpost, I will be talking about how we begin to shift the sheep off the lambing ground, slight changes with the sheep enterprise and how lambing draws to a close, including some exciting Curlew activity on our land.

Thank you to anyone who takes ten minutes out of your day to read these little posts I leave and to the new followers on my Instagram page; I will continue to video the Curlew (where disturbance will not be caused!) and the rest of our day to day farm-life also! Rhi x