As a conservation project, Curlew Country has been repeatedly pushing the boundaries and trialling new intervention methods in its implementation of curlew recovery. But who are the people behind the project – the ones pushing through these changes and fighting for all things curlew? This is the first in a series of posts all about the team. Starting with one of the most notable and invaluable members, Tony Cross, project ornithologist. 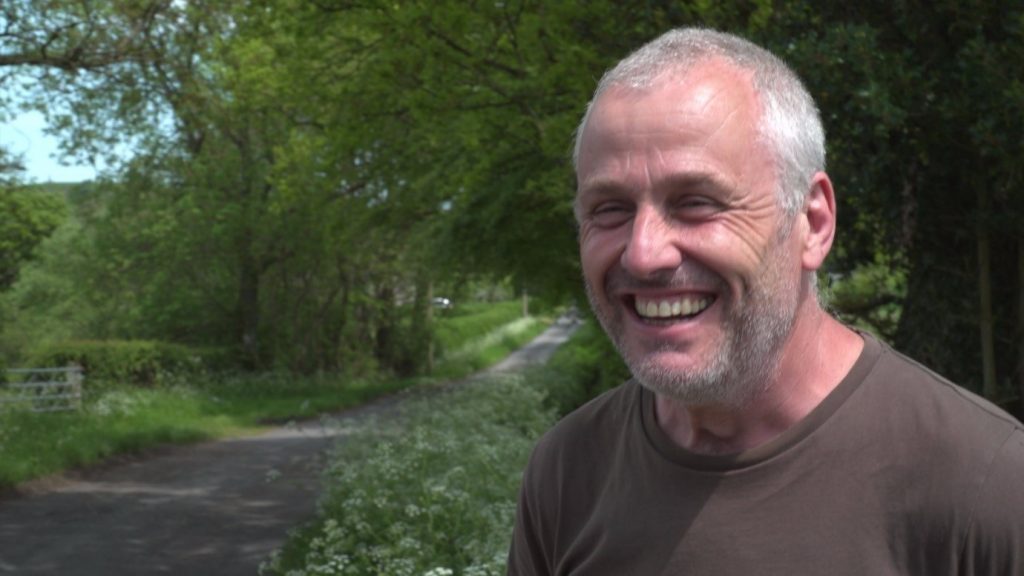 Tony has been engaged with the project since the first nest monitoring brief was set up, back in 2015. And has worked tirelessly (sometimes literally after a night spent ringing) to help us turn around the fate of these beautiful waders. 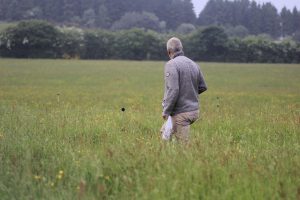 He is well known locally, as he has been engaged with many ornithological projects. Nationally he is known for his work with red kites and choughs, for which he was presented an award. A perfect candidate to help the bird now dubbed that of greatest conservation concern in Britain.

During the nesting season he is one of the busiest people you will come across; looking for curlew nests by day, putting up fences, measuring and weighing eggs, before heading off to various locations in the evening to continue with his ringing work, look for nightjars, carry out vantage point surveys or perhaps build nest boxes in his garage if the weather takes a turn for the worse. 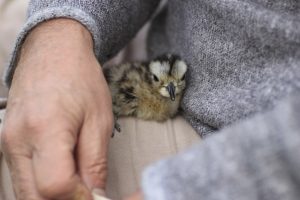 terms of curlew behaviour, it is safe to say that Tony is now an invaluable source of knowledge, although he may not admit it himself. Often when out nest finding it can be something as simple as the tilt of a bird’s head or a suspicious look in the eye that gives away that there is a nest nearby (or at least so it seems to those of us out with him).  His knowledge of birds is almost instinctive after so many years’ experience.

It is clear to anyone that meets him that the bird’s welfare is of the utmost importance, and it is only with Tony’s express permission that certain aspects of the project go ahead. Our volunteers must be given the ‘Tony seal of approval’ before being trained to look for specific curlew behaviours that might suggest a nest.

So, for those of you watching Curlew Cam, you might occasionally catch a glimpse of a pair of hands, hear a voice (we try to keep his language in check but don’t always succeed) or spy some strimming to maintain the fence. This is the man at the end of the hands, and rest easy knowing that curlew recovery is high on his priority list and the hands are good ones to be in.

You can read more about Tony’s other ornithological work on the blog, Ruffled Feathers.