Skip to content
As part of our ongoing Curlew research I paid a visit to Montgomeryshire Wildlife Trust’s Dolydd Hafren reserve last night in an attempt to catch and colour-ring more of the local breeding population. The high water levels and strong winds of late have seriously curtailed any attempts previously but last night shaped up pretty well. Four nets were set over small floodwater pools on the main river island and 19 Curlews out of the 50-odd present were caught. All proved to be new birds which is interesting as 9 out of 30 odd present there a few weeks ago were birds colour-ringed in previous years. I guess these birds have already dispersed to their breeding territories and the ones we caught last night were either newly returned from their winter haunts or were passage migrants. Many thanks to Michelle Frater for much needed assistance. 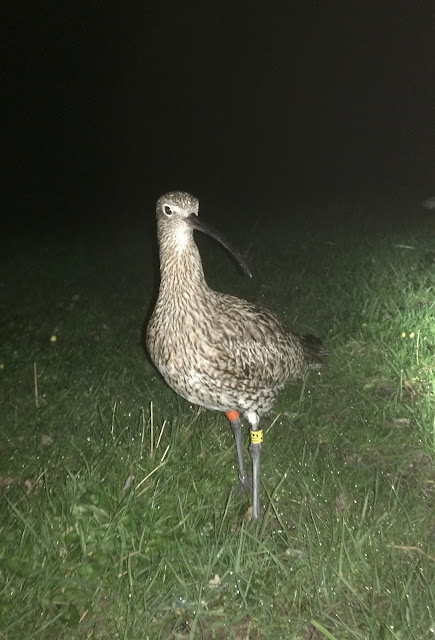 One of last night’s Curlews expressing exactly what it thinks of us disturbing it’s nightly rest!